Home to the longest fresh water sand beach in the world, running 8.7 miles long and situated at the eastern and southern end of Georgian Bay, Wasaga Beach attracts over two million visitors throughout the year.  Both the quality of the sand and the tranquil sunsets are unsurpassed.

When settlers arrived in the mid-1800’s, properties of Wasaga Beach could not be sold for a more than a mere twenty-fives cents an acre!  Farmers were most certainly not interested in growing their crops there because of the sandy soil.

It wasn’t until the turn of the century, just after the lumbering era when the Nottawasaga River was used as an important transportation route, those residents from nearby Stayner, Duntroon, Elmvale and Collingwood (and from towns further south) began to have summer cottages in Wasaga.  People arrived in the thousands in the 30’s parking their cars cruising the beach and enjoying the sounds of some of the best-known bands of the time.

Although Wasaga Beach hasn’t changed much in seventy years, this fun and inviting tourist destination defines all that a homeowner and recreational lover is looking for.  Today, Wasaga Beach boasts stunning waterfront properties, varied recreational activities in and around the area, majestic nightlife at the ‘main end’ and close by, and a tightly knit community alongside the river of tales: the Nottawasaga River.

The Nottawasaga River is known for the discovery of the Nancy, which was the schooner sunken during the War of 1812 by the Americans.  The Nancy Island Museum rests on the river which you can access by a footbridge that is attached to the mainland and attracts visitors from all around.  This is just one of many ‘must see’ attractions that draw people to Wasaga Beach.

With much history and divine living, Wasaga Beach artfully unites extraordinary properties with extraordinary lives!  It’s easy to perfect the art of living when you live within a work of art in an area that embodies perfect surroundings and an active and exciting lifestyle!

Call us today to start a search for a perfect home in Wasaga Beach, Ontario.

Wasaga Beach (variant: Wasaga) is a town in Simcoe County,Ontario, Canada. It is a popular four-season tourist destination situated on Nottawasaga Bay at the southern end of Georgian Bay approximately two hours north of Toronto,and abuts, to the west, the town of Collingwood. Wasaga Beach is nestled in and around 14 kilometres( 8.7 mi) of white sandy beach on Nottawasaga Bay and the winding Nottawasaga River. 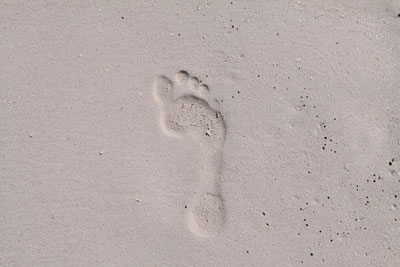 Over two million people visit the Town every summer to stroll the shores of Wasaga’s freshwater beach (stretching 14 kilometres / 8.7 miles), swim in warm clean waters and enjoy the panoramic mountain views across the Bay. There are endless recreational trails that are used for hiking, cycling, cross-country skiing and snowmobiling. The Nottawasaga River offers game fishing and great canoe routes to explore.

The beach is divided into smaller beaches with the public beaches numbered 1 to 6 sequentially from east to west. Its position on the waters of Nottawasaga Bay means its summer temperatures are moderated somewhat by the water, so summer days are much more comfortable than Toronto’s scorching days, but the same winds off the water trigger very heavy and intense snowsqualls in the winter. As such, snowmobiling, skiing, and other winter sports are extremely popular along the beach.

The 2006 Canadian census indicated a population of 15,029 residents. When compared to its 2001 population of 12,419, Wasaga Beach is one of the fastest growing communities in Canada based on population growth percentage (21.0% over 5 years).  Wasaga Beach is currently in the midst of a building boom including a major development for the beach planned with the goal of making Wasaga Beach a year-round tourist destination. Because of its proximity to Toronto, there is a heavy outflow of money from Toronto and surrounding towns and cities into cottage or weekend properties located in the Beach.

Also located in the town of Wasaga Beach is Wasaga Beach Provincial Park.  In the summer months it is a very popular place for beach volleyball and sunbathing. A boardwalk runs most of the way along Beach 1 and 2. Beach 1 draws the largest crowds, with the popularity of the beaches decreasing the further west. East of the main beaches are another large beach (New Wasaga) and Allenwood Beach that abuts up to many houses and cottages.

In the winter, there are many miles of fresh groomed trails for snowmobiling thanks to the Ontario Federation of Snowmobile Clubs and in part to the purchasers of the trail passes. There are a variety of elementary schools, but no high schools in Wasaga Beach. There are bus services that transport students to surrounding high schools of their choice (either Collingwood Collegiate Institute, Stayner Collegiate Institute, Jean Vanier Catholic High School or Elmvale District High School). The town recently built an addition to the community center known locally as the Rec-Plex, which added an auditorium, an amphitheater and a YMCA.

The town of Wasaga Beach has the largest freshwater beach in the world as well as history dating back to the fur trade days when it was the main route tothe Great North West. The Town evolved into a strategic location in the War of 1812 when theschooner HMS Nancywas sunk at her moorings in an effort by the Americans to cut the supply line to Fort Michilimackinac and points to the north and west.  Lumbering was the main industry for the remainder of the 19th century. Logs crowded the river and the bay floating down to feed local saw mills.

Wasaga’s unsuitable sandy soil contributed to the late settlement of the area. The lack of suitable farming land made it unattractive to settlers. In the 1820s the first sign of settlement in the area began as John Goessman surveyed Flos Township. In 1826, land was being sold for four shillings an acre. The 1830s had officially surveyed most of the land in this area. Though unsuitable for farming, the Wasaga area had an abundance of trees. In the late 1830s and throughout the rest of the century the logging industry would play an important role in the development of the area.

Wasaga Beach entered history’s headlines in 1934 when the first overseas flight from mainland Canada, across the Atlantic to England and in a plane called the “Trail of the Caribou”, used Wasaga’s long flat sandy beach as a take off strip.

Little by little, in the 1900s, families began to discover the beauty of the area. Gradually it became a place for family picnics and holidays. During the 1940s, while stationed at a nearby military base, servicemen from across Canada visited Wasaga’s amusement park. They made Wasaga Beach known across the country. After the war, Wasaga Beach continued to be a popular place for cottages and day trips. A century old tradition of city dwellers coming to the Beach in the summer had begun.

The town was originally referred to as “the northern border of Flos Sunnidale and Nottawasaga Townships”. The first municipal reference occurred when a designation of Local Improvement District emerged in 1947. In 1949, Wasaga Beach progressed to the status of a Police Village in the Township of Sunnidale, and the Police Village graduated to Incorporated Village status in 1951.

The incorporation of the Town of Wasaga Beach became effective January 1,1974. The permanent population stood at 4,034, a dramatic increase from 1965, when only 500 people called Wasaga Beach home. Today, 17,000 full time residents and 16,000 seasonal and part time residents reside at Wasaga Beach.