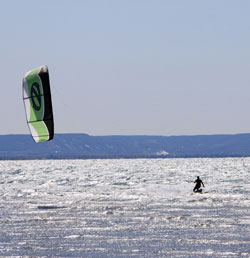 Tiny is a township, part of Simcoe County in south-central Ontario, Canada. The Township of Tiny can be found in the Southern Georgian Bay region and is approximately 43 miles long or 160 square miles. While the regular population is fairly small, the region is a popular summer destination both for tourism and cottagers.

The township was named, in 1822, after a pet dog of Lady Sarah Maitland (1792–1873), wife of Sir Peregrine Maitland, Lieutenant Governor of Upper Canada. Two other adjoining townships were also named for her pet dogs, Tay and Flos (now Springwater Township).

The history of Tiny Township reflects its three founding cultures: Native, French and British. Located within Wendake, the historical homeland of the Huron people, the region is closely tied to early missionary exploration of the region, including the Jesuit mission of Sainte-Marie among the Hurons in nearby Midland. The township is also the location of an important archaeological site, the 17th century ossuary of the community of Ossossane,the capital of the Huron Confederacy.

In 1798, the British government purchased the land in the area and soon after established a naval base at Penetanguishene. By the mid-19th century, families from Quebec began moving to the Tiny Township area for the cheap and fertile land to farm. Today, the Tiny Township area is still very much a bilingual (French and English) area of Ontario, and is one of 25 municipalities in Ontario designated for bilingual government services unde the French Language Services Act. In honour of the region’s French history, Lafontaine hosts the annual Le Festival du Loup, a festival of francophone music and culture which celebrates the death of a wolf that terrorised the village in the 19th century, which takes place in July.

Lafontaine was originally called Sainte-Croix (French for Holy Cross) due to many large crosses found in the area that were planted by the Jesuits. It was renamed Lafontaine to honor the politician Louis-Hippolyte Lafontaine, one of the early Joint Premiers of the Province of Canada.

Here is your opportunity to be the proud owner of this 13 acre forested property. Home to wildlife and walking trails. Build your dream home and enjoy this unique and one of a kind property. Property is presently under the Managed Forestry Plan. (id:21130)

Located in the heart of the lovely village of Lafontaine, the LA Cafe is a favourite gathering place for locals and seasonal visitors to North Tiny. No commuting with your living quarters conveniently located above the cafe.The thriving restaurant seats 30 inside and a few more outside on the shady…

Located in the heart of the lovely village of Lafontaine, the LA Cafe is a favourite gathering place for locals and seasonal visitors to North Tiny. No commuting with your living quarters conveniently located above the cafe.The thriving restaurant seats 30 inside and a few more outside on the shady… 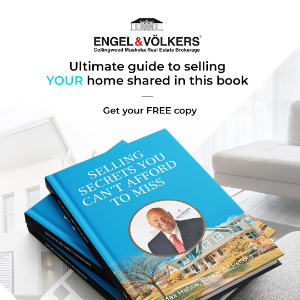